“So you don’t just bang on about feelings?” asked one tongue-in-cheek male reader before downloading and thoroughly enjoying one of my hard-hitting, fiercely uncomplicated short stories about drugs, male violence and life on the streets. I appreciated his honesty. A question is always better than an assumption.

For probably the last five times I told a stranger I write books their first question has been, “Is it romance?” The two muscles I use on either side of my face to create an understanding (and definitely not annoyed in any way whatsoever) half-smile are starting to ache. When I asked, politely and with as few expletives as possible, “Why do you suspect I write romance?” a substantial number replied along the lines of, “Well, you’re a woman.”

For over a century, women have fought hard to be published, often resorting to using male pseudonyms, like the rebellious political essayist and women’s rights advocate, George Sand. When a young Charlotte Brontë sent her first poetry anthology to poet laureate, Robert Southey, his response went down in bookish history: “Literature cannot be the business of a woman’s life.” To their credit, Charlotte and her talented family proved their doubters very wrong. When JK Rolling unmasked her male identity, ‘Robert Galbraith’, to the editor of her crime novel The Cuckoo’s Calling, he replied, with honest surprise, “I never would have thought a woman wrote that.”

Of course, much has changed and many women are published purely for their talents as exceptional writers, their great ideas for books and their determination to succeed in the profession they care most about, but there are still a few sexual skeletons in the literary closet and I personally believe the imbalance is down to either sexism in the readership or harsh marketing stereotypes. 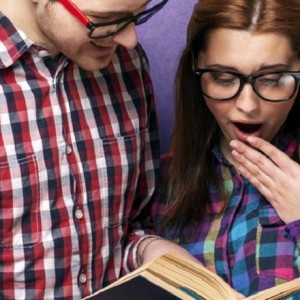 Now, if a publisher needs to find a large audience for a romance book, sure, that publisher needs to advertise it to as many women as possible, using themes and images and messages that will appeal to a female romance reader and, likewise, an action thriller can be successfully targeted at a wide male readership by supplying all the necessary stereotypical male devices, like explosions, weapons, danger, mastery and, usually, an attractive young woman he fights for until the end who couldn’t pull her own trigger if her life depended on it, which it always does. But there are many women who enjoy action thrillers and a decent number of men who read romance and, perhaps, I suspect, more readers would try a book in a genre not classically seen as their ‘thing’ if the marketing wasn’t so biased.

Having said that, readers also need to take responsibility for our part in this hidden, but potentially damaging, divide. A minute’s research on the web brings up a whole host of examples of book lists created by male readers that feature very few female authors and the reverse: female readers selecting few male-authored books. The Art of Manliness’ “Fiction For Men” post has only 5% of books by women and only four of the top fifty books for women on Goodreads are by men. More damning, a survey conducted by Goodreads and reported on by the Guardian back in 2014 showed that the problem is actually far worse than first imagined. As the Guardian explained at the time, “analysis of 40,000 of its members finding that they leaned almost entirely towards selecting books by writers of their own sex.”

Interestingly – and the men reading this (if there are any, shout up!) won’t be pleased, but I’ll say it anyway – men are the biggest culprits. Not only did the Goodreads survey discover that women are more open to trying books by male authors, whereas men are less receptive to branching out into books by the opposite sex, but many men say they tend to pick a male writer over a female writer unless there were compelling reasons not to do so, those who do ring the changes say they wished they’d started reading a female writer earlier AND it’s been proven that a huge proportion of men claim they read a decent number of books by women, yet their actual completed book lists clearly show a distinct male-oriented bias!

To complicate matters further, one female author recently explained that every single man who came to her book signing asked her to dedicate her comment to his wife or girlfriend. Now either those men were fibbing and just didn’t want to say that they couldn’t wait to get home to read her book, or the truth is that books by female writers just aren’t getting onto men’s bookshelves. Which is concerning for bigger reasons, because if a man won’t read a woman’s novel, will he listen to her opinions or respect her judgement in other areas of life? I’m not saying I believe this, but it’s surely a valid question, the tough answers to which I think more of us (readers and writers) need to think about.

My question is: what’s going on and how can we, as readers and writers, change it?

Sticking my neck out, I think men (and perhaps some women) don’t trust that a writer of the same sex will deal effectively with the issues most related to their sex, but I would ask two questions: what is an issue that only affects men or women exclusively? And which books have you read that buck the trend? The other possibility is that the marketing for certain books is so oriented towards a particular sex that everyone else is put off when in reality, there are themes inside even the most romantic or most action-packed books that would appeal to both sexes. I also feel the industry classification of “women’s fiction” is misleading and, potentially alienating. What does the terms “women’s fiction” mean? Why aren’t men invited to read those books if they want to?

From a personal perspective, I like to think my work is androgynous. I’m hopeful and confident my books attract both sexes. I’d feel only half my job was done if I didn’t appeal to men with what I create both in terms of subject matter and characterisations. My debut novella, Slaughterhouse – a violent psychological thriller – was written from the perspective of a male protagonist, as was The Social Worker, a gritty urban short about three men in very different social and financial situations. I’m told, by generous readers, that my male characterisations are effective and authentic (I’ve always lived with male friends, which might have helped), but, equally, I think it’d be a pity if the whole decision-making process ended up being about gender. When I write anything, I tap into a bold, brave, open-minded inner core within myself that I don’t feel is either female or male. It’s just me. Plus, I’m willing to push boundaries, really push them, and I believe because of that quiet confidence I have in my own power as a writer, many readers – both men and women alike – will enjoy exploring the themes I explore and will get something powerful for themselves out of the books I offer.

Truth is, when a writer’s style is no-frills and contains enough broad themes (and fearless language) to appeal to either sex, their sex shouldn’t matter. Hence trend bucker, tradition fucker. Women can write effectively from the perspective of a man and vice versa – and isn’t exploring new perspectives the reason we all read books? In my view, it should be. Why not go out today and buy a book by a member of the opposite sex? Read what you want and be open-minded in your searches. People who pick a wide variety of books are also known to be bigger risk takers, more imaginative and less restricted in their world view – definitely the kind of reader I’d like to be.

Carla Krueger is a physicist turned fiction writer specialising in books about ordinary people doing incredible things. If any men are interested in trying one of her stories, expect a huge smile to appear on her face – as it always does when a member of either sex picks up a copy.

If you fancy trying one of her books, discover them here, read a dark short story about two brothers, find out why book love is the most exciting life or answer the question does classical music always compliment dark fiction?