Brave, sinister and beautiful are the words I’d use to describe Kafka’s writing. For me, no one else generates the same feeling of alienation and surreality. He even manages to weave beauty into the psychologically grotesque, but everything he wrote has a timeless message and isn’t that what writing is all about? 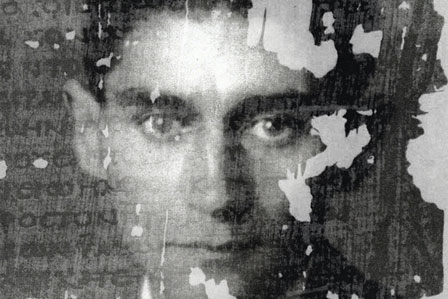 The Trial was the first of Kafka’s books I read and it had a powerful impact. Never before had I entered a world that illustrated so succinctly the terror and confusion of bureaucracy, the futility of argument against corrupt, established ‘powers’ that cannot even define themselves. For me, however, his masterpiece is The Castle, a book that undoubtedly influenced my own creative work. Somehow, through his words, Kafka developed a dream inside my head. Sometimes that dream was a nightmare. ‘K’, the protagonist, travels towards a distant, dark castle, struggling to access the established governors within who rule the nearby village without just reason, but without ever quite reaching his target. Kafka died before the work was completed, but made suggestions about the ending. In reality, the ending isn’t even what mattered – and that is a sure sign of the quality of craftsmanship at play here. 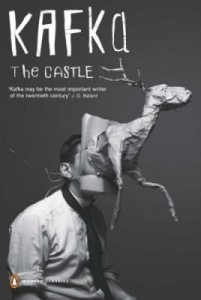 I read a review of The Castle once that was scathing. The person described the book as “boring and tedious” and wondered whether Kafka had “deliberately drawn us into his world of nothingness just to make sure we all got a taste of his pain”, but I cannot agree less with the notion. He single-handedly defined the nonentity that is systemic corruption. He put words to the terror of facelessness and made light of the miserable grinding of systems that serve no purpose but to hold creative, intelligent people down. His challenge to those systems and rules and faceless oppressors was to reflect the disgust back at them, to illustrate, with churning surrealism, irritation and the agony of silent disbelief, what bureaucratic pointlessness really feels like….

The Castle was a personal, emotional journey for Kafka and it is for many of his devoted readers, including myself. Within twelve months of reading his story, I was in Prague. I’d visited previously with my job, but it wasn’t enough to be there on business. I wanted to explore it from Kafka’s perspective, if possible. I enjoyed the city immensely the first time I visited – and made some good friends with work – but my secretive, creative self needed to go back alone and think about the ideas Kafka had inspired in me, to try and understand why his writing and the challenges he faced in his private life affected me and so many other readers.

Kafka was the eldest of six children, born into a German-speaking Jewish family in Prague. Two of his siblings died in infancy and the others all perished in concentration camps. Kafka suffered a troubled relationship with his selfish, overbearing businessman father, Hermann Kafka, and their disagreements affected much of his work. Hermann’s father – Kafka’s grandfather – was a shochet or “ritual slaughterer” who used the emblem of a jackdaw as his business. In Czech, a “jackdaw” is a kavka – and that is where the name Kafka originates. A quiet, thoughtful, intelligent young man with a good sense of humour, Kafka trained as a lawyer, but began to write short stories in his spare time. He complained often about how little time he had to devote to his “calling” and how too much time had to be spent earning money at his brotberuf or day job, literally translated as “bread job.” At age 31, he finally moved out of the family home and lived by himself, but his father put endless pressure on him to help run the business. By this time, Kafka’s writing was becoming more important to him. Unfortunately, his health was in a slow, steady decline. Diagnosed with TB in 1917, he couldn’t join the military even though he sorely wanted to (to get away from the responsibilities his father had heaped on him at home) and spent the rest of his life in and out of sanatoriums. Only a few short stories were published before he died from TB in 1924 and he even asked his friend, Max Brod, to destroy his novels. Thankfully for us, Brod went against Kafka’s wishes and got everything posthumously published. He was unknown in his own lifetime, but considered fame unimportant.

Feeling close to Kafka is not a coincidence. Through his books, he was speaking as a writer, but also writing as himself, as ‘K’, and there is a ‘K’ in all of us. He wanted to show us what life felt like at that time for him and what it might feel like again in the future for us if we are not mindful of societal controls that sometimes slip under the radars of our collective consciousness. He’s one of the few people who reached that level of skill in his work, against all personal odds, and found that deep empathy with others I so admire. To be great, you sometimes have to fight every battle.

And to finish in his style:

Dear ‘K’, it breaks my heart that you were lost for so long, but now we have access to your inner thoughts and warnings, which makes the struggle worth it.